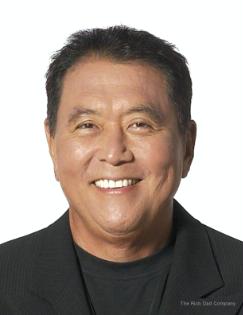 Read a Sample from the Book

The Root of All Evil

Is the love of money the root of all evil? Or, is it the ignorance of money?

What did you learn about money in school? Have you ever wondered why our school systems do not teach us much—if anything—about money? Is the lack of financial education in our schools simply an oversight by our educational leaders? Or is it part of a larger conspiracy? Regardless, whether we are rich or poor, educated or uneducated, child or adult, retired or working, we all use money. Like it or not, money has a tremendous impact on our lives in today’s world.
Changing the Rules of Money

In 1971, President Richard Nixon changed the rules of money: Without the approval of Congress, he severed the U.S. dollar’s relationship with gold. He made this unilateral decision during a quietly held two-day meeting on Minot Island in Maine, without consulting his State Department or the international monetary system.

President Nixon changed the rules because foreign countries being paid in U.S. dollars grew skeptical because the U.S. Treasury was printing more and more money to cover our debts, and they began exchanging their dollars directly for gold in earnest, depleting most of the U.S. gold reserves. The vault was being emptied because the government was importing more than it was exporting and because of the costly Vietnam War. As our economy grew, we were also importing more and more oil.

The conspiracy may be stingy – but we aren’t! Bloggers with the most hits on Conspiracy of the Rich will receive tickets to the next Rich Dad Event, worth $5,000, and a free, signed copy of the book! Hey, you scratch our back; we’ll scratch yours.